Residential Property Tax Rate for Richmond Hill Area is:
0.599% (last update:2020)
Toronto with 3.1 million residents surrounded by Lake Ontario to the south, High way 427 to the left, Steeles Ave. to the north and Rouge Rive to the east.
The population growth of this city forced the boundaries to reach out to the neighbour cities and create the Greater Toronto Area or GTA. Here we are only talk about the City of Toronto itself.
Toronto is one of the most popular cities in Canada. It is the capital of Ontario. It is one of the populated cities in Canada. It is the fourth -most populated city in North America.
The current population of Toronto is a result of it's historical and current destination significance. Around 50% of the people living in Toronto surprisingly belong to a minority population group. Although the majority of the population speaks English, 160 other languages are also spoken in Toronto.
Toronto is a hub of art and culture as well. It is famous for its theatres, music, and television production. Also, Toronto is home to the Toronto Stock Exchange. It has the headquarters of Canada's five largest banks. It is strongly diversified in the parameters of the economy, finance and growth. It is famous for a number of things like design, life sciences, fashion, environmental innovation, tourism, technology, financial services etc.
More than 50% of the population in Toronto is Christian. Although, there is the presence of other religions as well as Catholics, Protestants, Christian Orthodox etc. Some other religions are also practiced in Toronto on a minority scale. Such other religions include Hinduism, Jainism, Judaism, Buddhism, Sikhism etc.
Toronto is governed by a mayor-council-system. It has a single-tier-municipality. The municipal government acts as per the City of Toronto Act. The mayor of Toronto is elected by the people.
Toronto is renowned as one of the safest major cities in North America. Toronto has a significantly low crime rate. The homicide and robbery rate in Toronto is very low.
Toronto consists of four public school boards in total. They provide elementary and secondary education. These school boards are mostly operated by TDSB (stands for Toronto District School Board). There are 451 elementary schools, 105 secondary schools, and five adult learning centers. In addition to that, there are five public universities in Toronto. 2 of them are located downtown like University of Toronto (UofT), Ryerson University. York University is the exception, and it is not located in downtown. Also, there are four diploma and degree colleges located in Toronto. Hence, it is true and fair to quote that "Toronto is a well-known education hub of Canada". Toronto is also famous for its public library which consists of 100 branches. Also, it has more than 11 million items in the collection.
Toronto is also great in terms of Health and Medicine. It has more than twenty public hospitals. Toronto also has a number of health-focused non-profit organizations.
If you already live in Toronto or thinking about it the following links might help you: Public Notices & Bylaws:
The City is required to give notice to the public on a wide range of matters including planning, development and heritage activity, fees and budgets, property sales, and other subjects. 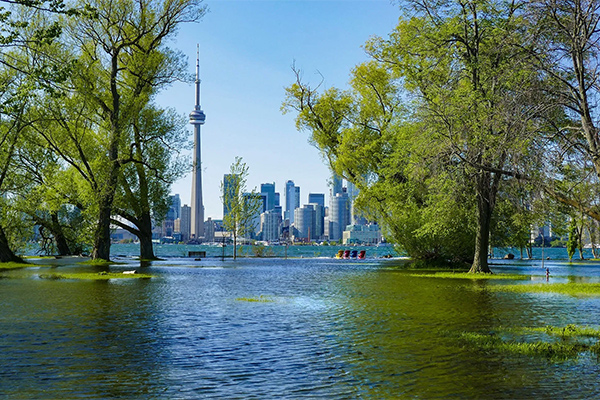 Parks, Gardens & Beaches:
Toronto has many natural areas including ravines, woodlands, and the shoreline of glacial Lake Iroquois, on both private and public land. Gardens & Horticulture.